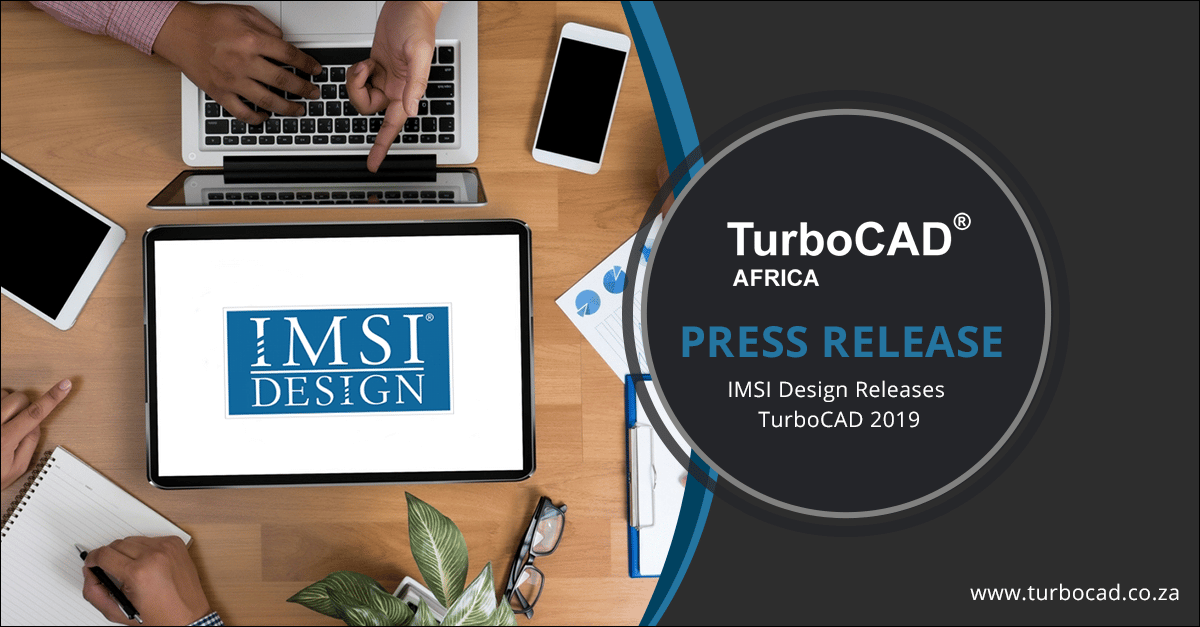 TurboCAD 2019 includes over three dozen new and improved features. “This year’s release places an emphasis on TurboCAD’s long-standing strength in 2D Drafting and Design, as well with further modernizing of the user interface. With powerful new drafting tools such as Construct Similar, Remove Overlapping Entities and Select by Similar, along with improvements to hatching, polylines and dimensioning usability and design, we believe our customers will appreciate and greatly benefit from these design productivity tools,” stated Bob Mayer, President of IMSI Design.

An overview of these new and improved features includes (please see www.turbocad.co.za

for a complete listing):

– Architectural Desktop (ADT) objects can now be completely and accurately used with Copy and Linear Array copy tools. For example, the Array Fit Linear now takes into account all of the properties of the ADT object being copied, including Work Plane, Layer, Materials, etc. Previously, this tool could create only one roof object. Now, multiple objects may be created. In addition, the overall processing of all ADT objects in a drawing, including the House Wizard, has been significantly sped up.

Please note that these prices are linked to the US Dollar and may change without prior notice.

For more information, download a 15-day trial, or to upgrade online, please visit www.turbocad.co.za or call TurboCAD Arica at 086 100 1277.

IMSI Design is a global leader in mechanical and architectural CAD (Computer Aided Design) and a pioneer in mobile solutions for the AEC (Architectural, Engineering, and Construction) industry. With over 16 million products distributed since 1988, IMSI Design products include the award-winning TurboCAD®, DesignCAD™, TurboFloorPlan®, TurboViewer®, TurboReview®, and TurboSite® families of precision design applications for desktop and mobile. Please