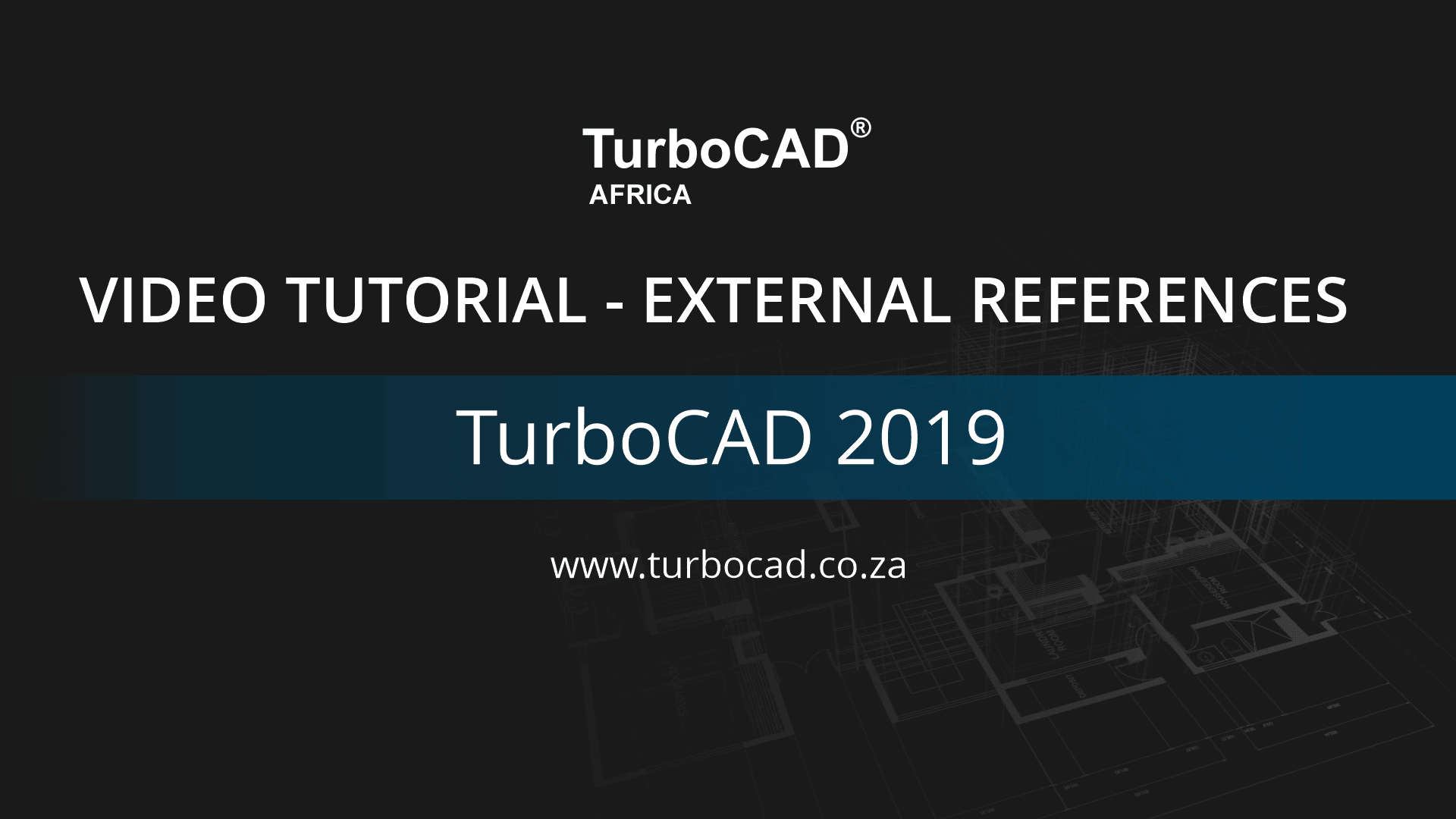 A brief video tutorial will show how external references are implemented in TurboCAD versus that of AutoCAD.

All of the file formats that may be opened and imported, with the exception of bitmap images, may be used as an External Reference (Xref). More than 15 of the 3D formats that may be used as an Xref also work with the Drafting Palette. This combination means that the model may be designed in one application, and the views, sections, elevations, and floorplans will be updated when the original model is changed. The designer may continue to work in SketchUp, AutoCAD®, or SolidWorks®, for example, while the drafting continues in TurboCAD.

TurboCAD Professional offers complete control over layers in the Xref, even when controlled through the Layer Filter function in the Design Director palette. Support for binding an Xref in the document has been added, so that the geometry is converted into a block within the drawing. Once an Xref has been bound it may then be exploded to create simple geometry.

Another feature is support for the drawing variable $VIZRETAIN which defines how changes will be applied when the Xref is reloaded. Drawings can be saved with Xrefs in .TCW, .2CD, or .DWG format, with those Xref properties maintained – although the .DWG will recognize only another .DWG as an Xref if opened in an application other than TurboCAD.

The addition of an XClip command make working with external references much more fruitful. Simply define the boundaries of the region to define the portion of the Xref to incorporate in the drawing.